In all the years we have lived here, (fourteen years, goodness!), I have never ever seen violets in the lane. What we get in the lane is snowdrops, swathes of them, re-generating in slow drifts, that meander their way over banks and braes in a strangely formalised patterning, given that they are completely natural.

So, yes, when I saw this glimmering patch of blue, absolutely radiant, shaking with raindrops after yet another storm; and realised that violets had materialised, I was very excited. For all the wrong reasons. Because I thought that VIOLETS were the ones that had long had a starring role in a certain poem, one which I thought I knew by heart.  They were the proof. That April was the cruellest month.

I got home and reached for the bookshelf and was immediately crestfallen. LILACS? Its Lilacs that are bred from the dead land? Well,fair enough, there should be lilacs by now, but its hard to adapt to this floral transposition, which has lived for so long, and erroneously, in my head. Violets are frail and tender and nervous little things. You can commiserate with them having to struggle through that cold earth and than have to sit there, so vulnerable, so meek. But lilacs. Lilacs are not even close to the land. They hang in great, swooping clusters on strong, woody stems. They are robust and rugged, large and lusty. Neither do they half-rhyme with “violence” which seems to my mistaken mind, to fit the awful commingling of memory and desire.

Another surprise has been the appearance of the tulips. They were a bargain bag of unmarked bulbs and it would have been too much to suppose that they might have been fancy, showy ones, with parrot riffs like taffeta skirts and exotic stripes. So perhaps it is truer to say they are no surprise at all. They are bog-standard red and yellow ones. Not a colour combination I would have chosen, so child’s drawing-simple and clashy. However, now that they are here, with their resilient and Spanish flash, they do a good job of being blobs of colour. Which when all is said and done is the most useful function of flowers.

And when the lilacs ARE in bloom, yes, I will have a bowl of lilacs in my room. 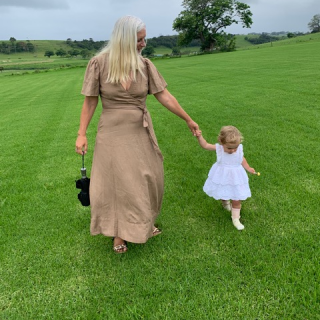 Writer. Inspired by the find of my Great Aunt Barbara's wonderfully jumbly old album to start this new scrapbook of miscellanae, musings and more. UPDATE: Been away for a few years, boring story, illness etc. Back, I hope, with a vengeance !!!!

letters to my daughter

Paloma will be born in June. These letters will explain the perplexing days and months before she is born.

Thought Catalog is a digital youth culture magazine dedicated to your stories and ideas.

Live to Write - Write to Live

We live to write and write to live ... professional writers talk about the craft and business of writing

Paul Johnson's comedy blog: I didn't get into comedy to be rich or famous. All I've ever wanted was to be loved...by somebody rich and famous.

a place to put my thoughts on paper

The Bookshelf of Emily J.
101 Books

Strawberries in the Desert

My scrapbook of miscellanea, musings and more.

A Library of Literary Interestingness

My scrapbook of miscellanea, musings and more.